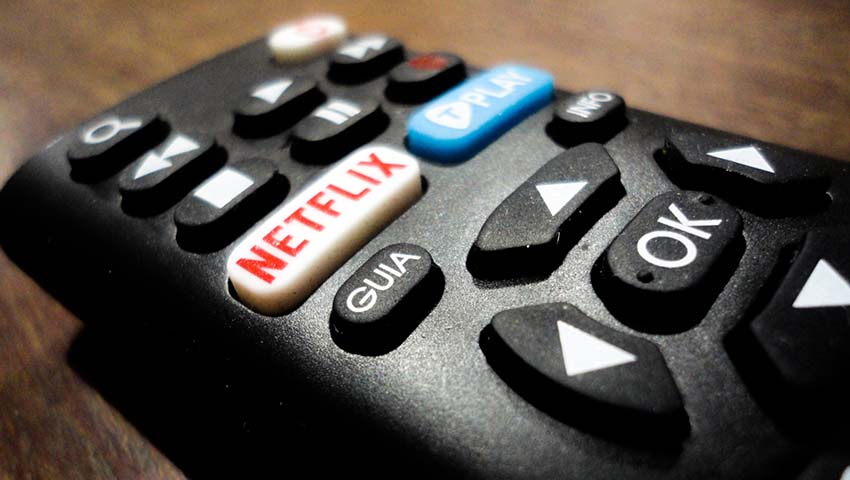 TV execs are upset by the lack of their brand visibility on Netflix. They would prefer to see an organizational structure that is channel driven, like cable, so that viewers always know where the content came from originally. Some execs have even suggested that their branding should appear before each episode plays.

I want our stuff on Netflix to be branded. I want an AMC page with our content on there.
AMC Networks Research SVP Tom Ziangas, GigaOm

This seems like a fair point. While I don’t think Netflix needs to redesign and look more like Hulu, they certainly could add simple branding on show pages to give the networks a bit of what they want.

However as you read more about the execs’ thinking, it is clear how little they understand Netflix.

Breaking Bad did a whole lot more for Netflix than Netflix did for Breaking Bad.
FX Networks EVP of Research Julie Piepenkotter, GigaOm

Really Julie? The Breaking Bad viewership through the first 3 seasons was low relative to those of later seasons. The reason: people got to binge-watch the earlier seasons and catch up. Here is what the average viewership of Breaking Bad looked like: 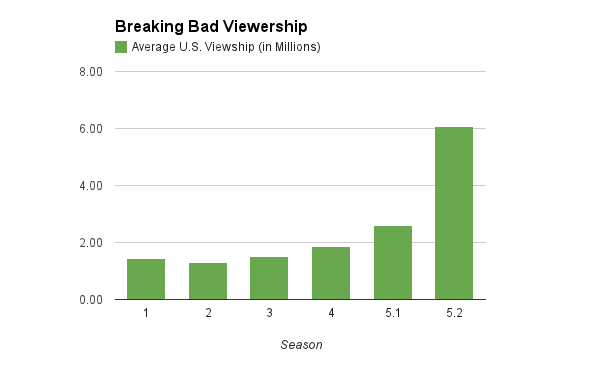 Netflix helps people become regular watchers of shows they otherwise may not have watched because they would have been too far behind; and it accomplishes this feat for less than $10 per month. For many people, especially the coveted 18-40 year old demo, Netflix is a viable alternative to cable because it is an inexpensive way for people to watch their shows. Many Netflix users don’t really care if they are watching content far from its original air date. The beauty of Netflix is that there is always something you want to watch, even if that content isn’t “live”.

As cable viewership continues to decline, the blame game will only get worse. Rather than actually innovate, those companies tied to cable will do everything they can to delay the inevitable change to internet based streaming services. Hollywood has repeatedly shown that they don’t understand the internet or modern technology. Until that changes, consumers will be stuck with a broken system as content distributors try to force outdated delivery mechanisms on the public.