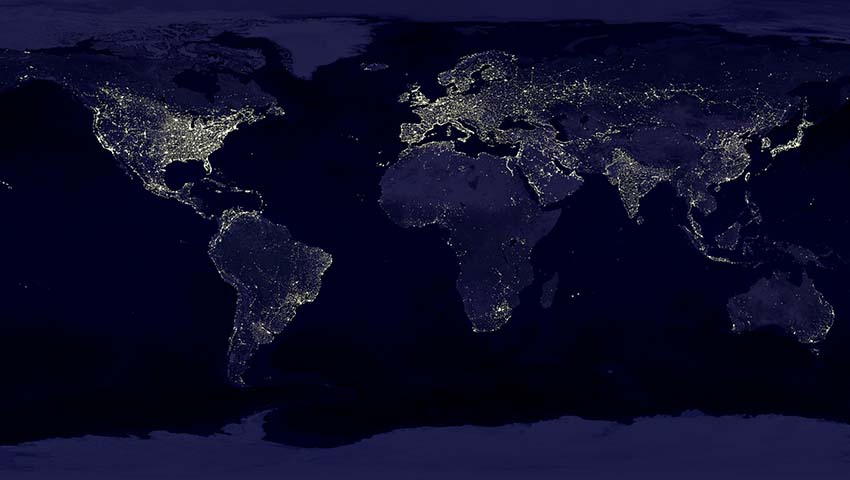 Elon Musk’s SpaceX has filed with the FCC to get regulatory approval to launch a satellite network to blanket the Earth in internet coverage.

The plan is to use more than 4,000 satellites to provide high-speed internet with potentially a 20ms ping to any point on the globe. In typical Elon Musk fashion, he had the following to say about the project:

Musk said it will take many, many years to have his Internet service up and running. “People should not expect this to be active sooner than five years,” he said. And it’ll be expensive: Around $10 billion to build, he says. “But we see it as a long-term revenue source for SpaceX to be able to fund a city on Mars.”
NextBigFuture

As I’ve written before, nearly 2/3rds of the world’s population still do not have internet access. Global tech giants such as Google and Facebook have their own plans to bring internet access to the rural and poor communities of the world where traditional networks are not deemed cost-effective.

The only way to move beyond the era of regional ISPs is through a next-generation (5G) network with global scale. As long as ISPs are running wires from town to town, there will always be limited competition and local monopolies.

A truly global internet provider would be able to offer internet access to the people who need it most. Those living in poverty or under the rule of governments who restrict or censor internet access would be empowered by this service. If the UN’s goal of internet access as a basic human right is to happen, then we need multiple competing global ISPs.