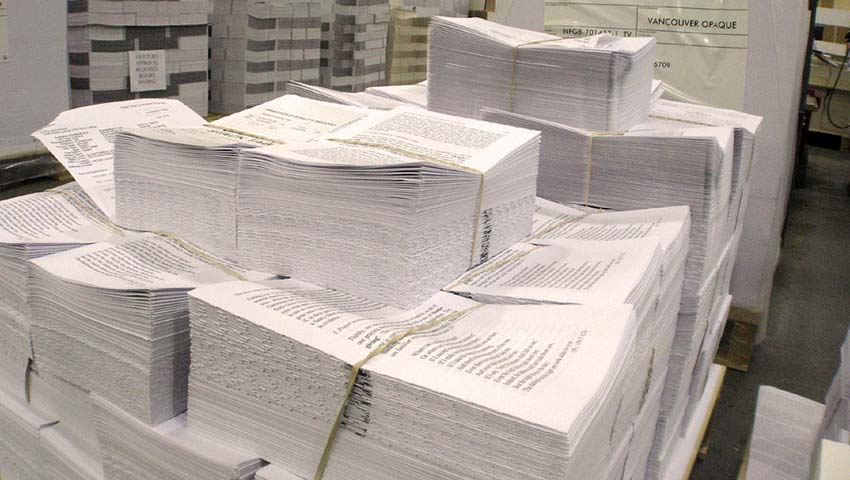 There has been a lot of press coverage this week surrounding the lobbying group Consumers for Paper Options.

According to a new profile in the Washington Post, a four-year-old lobbying group calling itself “Consumers for Paper Options” turns out to be an astroturfing group funded by the Envelope Manufacturers Association (EMA) and “the paper industry’s largest trade group, several of North America’s biggest paper manufacturers.”
Ars Technica

It shouldn’t be surprising that a group representing the interests of the paper industry would try to stall the government going digital. However, I find it troubling that many people seem to think the group is doing a good thing by helping millions of people who want things to stay as they are.

So I ask: how should society handle the transition between technological eras and what is the responsibility of the average citizen to be a part of that movement?

How to View Change

The most important thing to keep in mind about technological progress is that it happens despite the fact that many people are not ready yet. All that it requires is enough people who are ready to make the system work. 100% of the public is never ready for a specific change. Some changes require 80% or more of people, while others only need a small percentage to set changes into motion.

When the telegrams shut down, there were still people who wanted to send telegrams. Despite more than two decades of email, there are still fax machines in use today. The Postal Service is facing a serious problem because a generation of young people have grown up with little need of the service they offer. At some point in the near future, the Postal Service will not be viable because even though some people will be using it, not enough will to make it worthwhile.

In these cases there are people who are left having to play catch-up because they refused to adapt. Society traditionally bends-over-backwards to accommodate those who refuse to change for as long as possible, elongating the period where the old service remains in effect. This is bad for everyone because it is costly, doesn’t change the fact that the new methods are here, and impedes the transition to the new service.

Despite this seemingly clear dynamic, it is surprising how many people seem to feel that they can operate however they choose, opt not to learn about the new technology or the skills needed to use it, and think that their way will remain. Our society is hamstrung by a sense that we need to provide services to people indefinitely because that’s the only way they can do it. Our government would rather spend x dollars carrying along an outmoded program than spend the same amount on training courses and education to help people adjust to the modern method.

The Social Security Administration decided to stop nearly all paper statement mailings a couple of years ago, saying that the decision saves the government $72 million per year.
Ars Technica

A group that actually had the best interest of America’s future in mind would turn the $72 million saved into a plan to bring internet services to rural and low-income areas and training programs to help people learn how to use the new methods for accessing their information.

The common answer I hear in return is that it is harsh to force older people to do things a new way; that it isn’t fair to them to have to change. I am sympathetic to the statement, however I don’t think it is realistic.

As we move into the future, people will continue to live longer. The average life-span for American adults is 80 years, and life expectancy will keep increasing.

In developed countries, the number of centenarians is increasing at approximately 5.5% per year, which means doubling the centenarian population every 13 years.
Wikipedia

Is it reasonable to expect that people of my generation can carry the basic skill-set they learned in high school through their entire life without having to make major adjustments based on new technology? Should I be able to interact with the government the same way in my 90’s that I am today in my 20’s?

Society’s expectations of individuals need to be in line with reality; and the reality is that people need to be highly adaptable to technological changes. The pace of change has never been greater. Changes in an industry that at one time would have taken an entire generation to take effect are now happening in just a few years time.

As a society, we must take great pride in the technology that American companies are creating and then place emphasis on individual responsibility to keep up with that technology so that we never find ourselves on the outside looking in. All around the world there are countries that have sectors of technology ahead of the U.S. On the whole, we are keeping up reasonably, but rarely do we have the best of any discipline. If we do not keep our eye on the future, we could easily slip behind nations willing to make the right investments in energy, telecommunications, and infrastructure.

People need to live their lives with the clear understanding that their awareness and understanding of technology is critical to their ability to keep up with the world around them. This doesn’t mean you need to be the first in line waiting for new devices or spend a fortune buying into trends, rather the knowledge of what they are and what their impact is should be valued. Your knowledge will have a direct impact on your quality of life, and pretending that it doesn’t matter will only set you back.