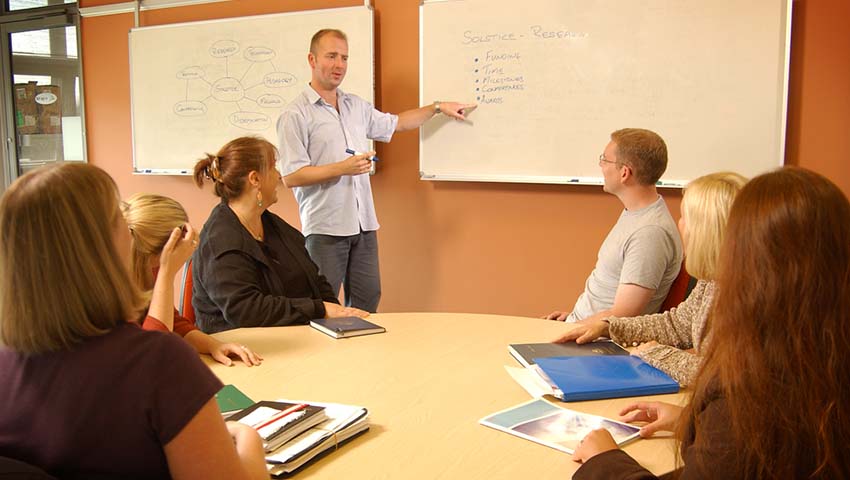 As we move into the future, new machines will change the landscape of the job market. Which fields will have the best job security and what are the traits needed to earn them?

Machines are more efficient than people for tasks that involve repetition, calculations, and other logical processes. Assembly line work will be the first to see the replacement of humans, but that doesn’t just mean in factories. Even in white collar fields like accounting, there will be an increased pressure to replace costly human workers with software. The machines and software we are capable of building are just better at those kinds of tasks than people are.

In order to have a secure job in the future, a person will need to have character and personality. These are uniquely human traits that artificial intelligence will not be able to replicate as soon. In a recent Q&A, Erik Brynjolfsson, of MIT, illustrated this point brilliantly:

What we’ve already seen is that jobs involving so-called routine information processing — things like tax preparation or travel agents — have been especially hard-hit, and the number of people doing those jobs has fallen in the United States as technology takes over more and more of those tasks. But other jobs, like caring for people, making emotional connections, nurturing people, that you might see in nurses, or primary school teaching, or sales — motivating people — those have grown and become more important. Machines aren’t good at making that kind of human connection, so that’s something that we have a comparative advantage in.
Source

We need to rethink how we teach children. Values and character need to be seen as the most important part of their future. In order to have a secure job, you will need to be able to relate well to other people. You need to be able to work in teams, cooperate, and communicate effectively. Character education is at the core of finding success with those tasks.

Google is about as forward-thinking a company as we have in the U.S. Their approach to management has recently been illustrated in an interview with the BBC. I encourage you watch the video, but here are the highlights:

This probably doesn’t sound like any company you have worked for. However, this is the way that more companies will run as they focus on finding the best employees. Google is a dream job for nearly everyone in technology because of the way they treat people. As competitors in and outside of the immediate industry look to modernize, Google will be an example of what a corporation should be doing.

Who you are, as validated by your peers, is the single most important thing about you. As an example, I graduated with my degree in Multimedia Web Design & Development in 2011. In my time as a Digital Strategist since, I have not once obtained a new client through my website and no one has asked me to work for them at random. Every positive thing that has happened for my career has been through a recommendation or personal connection. I have never been asked what my grades were, or where I finished in my class. It is entirely who you know and how those people value you in return. My career will be determined by how people view their experience working with me.

We must make it clear to young people that they should take pride in who they are and remind them that the way they interact with each other matters. It matters how you treat people. It matters how you behave online and offline. At the end of the day, who you are is all you have and your social currency is the way you will navigate the future.