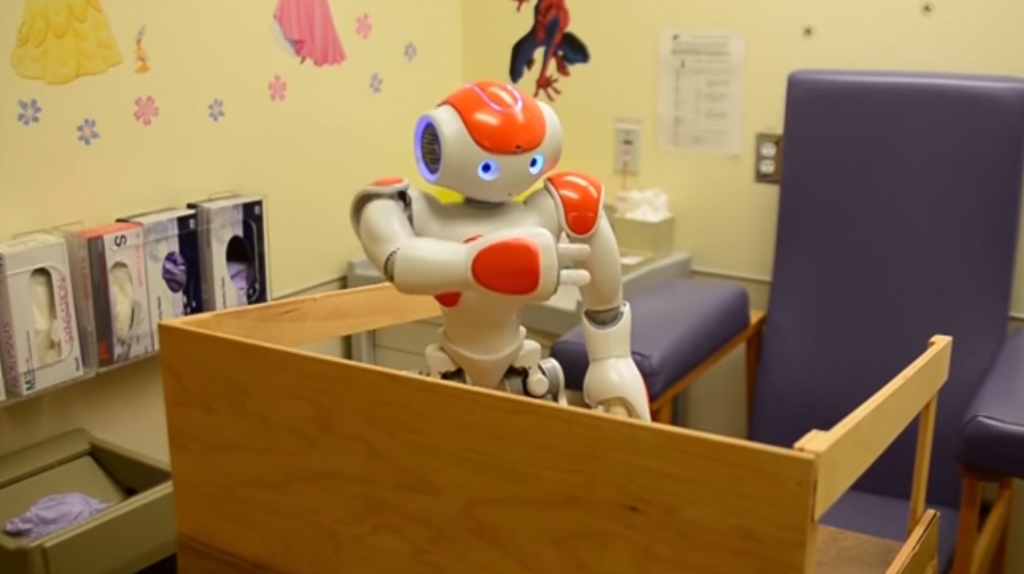 The term “robot” has been applied to a wide array of actual products. To some, an automated assembly line, a military drone, and self-driving car might all fall under the general “robotics” category. For others, robots are the stuff of science fiction. They see robots as walking, talking, mechanical reflections of humanity.

For a long time, that projection seemed far-off, however recent developments are bringing us closer to robots that might actually be a part of the life of the average person.

In the video above, we see the MEDi Robot from RxRobots. MEDi is an attempt to tackle a very important problem: easing some of the psychological pain that children experience going to the doctor. Research shows that those who have bad experiences as children are less likely to seek medical help later in life.

A 2013 study on a group of 57 kids with chronic medical conditions and a moderate to severe fear of needles found that MEDi could reduce pain and distress by up to 50 percent, and “children recovered more quickly, smiling and relaxing almost immediately after the needle was removed, unlike children in the control group, who remained upset and often would not speak with their parents or nurses afterward.”
IEEE Spectrum

We may not be at the point of C3PO or other famous do-it-all robots from science fiction, however there are very real advancements happening in robotics that may impact your life sooner than you think. It may still be some time before a single robot is complex enough to handle a wide range of jobs, but highly specialized robots built for specific tasks are going to be widespread very soon.