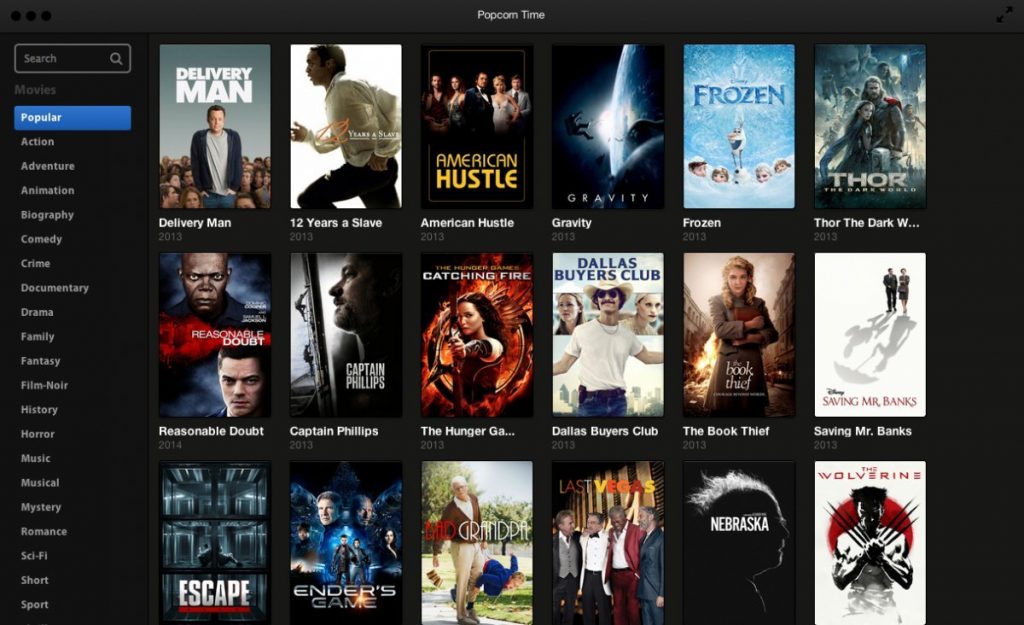 The Popcorn Time app appeared last week, and though pulled down by its developers, is still available online. The app provides a Netflix-like interface through which a user can simply click on a movie poster to be connected with a torrent file for the film. The developers claim that their system is legal because the pirated content is never hosted by them, rather they provide the road-map which connects the viewer and the content.

Hollywood’s problem is that they have not kept up with technology. The music industry fought Napster and eventually that lead Apple to create iTunes; a system which serves the on-demand desire of the people while delivering it to them in a way which rewards the people who create and manage the content. Since then, other companies have opened digital music stores and streaming services. This has not completely eliminated the theft of music, however the public now has reasonably priced, on-demand access.

Hollywood however continues to cling to physical media. They are selling DVDs and Blu-Ray discs at ridiculous prices and seem surprised that people are unwilling to pay. Those juicy margins from physical media sales were once the way that Hollywood made their profit. Now they are facing a financial problem because the old way of doing business aren’t viable anymore.

The industry also refuses to acknowledge the global nature of their audience. A huge number of pirates are people living in places where the content has not yet been made available. According to the Popcorn Time developers:

Popcorn Time got installed on every single country on Earth. Even the two that don’t have internet access.

People want what they want when they want it and the internet has provided them with the means whether you make it officially available or not.

There are people already using this model with great success. Comedian Louis C.K basically reinvented the way comics and other creatives release content to the public. His method was to make his stand-up specials available for streaming or download through his website for $5. The files have no DRM or other restrictions. On his site he writes:

To those who might wish to “torrent” these shows:
Look, I don’t really get the whole “torrent” thing. I don’t know enough about it to judge either way. But I’d just like you to consider this: I made these files extremely easy to use against well-informed advice. I was told that it would be easier to torrent the way I made it, but I chose to do it this way anyway, because I want it to be easy for people to watch and enjoy this video in any way they want without “corporate” restrictions.
Please bear in mind that I am not a company or a corporation. I’m just some guy. I paid for the production and posting of this video with my own money. I would like to be able to post more material to the fans in this way, which makes it cheaper for the buyer and more pleasant for me. So, please help me keep this being a good idea. I can’t stop you from torrenting; all I can do is politely ask you to pay your five little dollars, enjoy the show, and let other people find it in the same way.
Sincerely,
Louis C.K

He made over $1 Million in sales in the first 12 days and the project went on to be a huge success. Since Louis debuted this concept, countless others have followed and the public has responded well. Despite his files being made available through pirate sites, the analytics show that few people actually steal it. Those rates are far lower than those for TV shows or films despite similar hype at the time of release.

Until Hollywood presents a globally equitable model for distributing content, there will be many people unwilling to live in the past with them. Popcorn Time is evidence that the movie industry needs to embrace innovation and technology to progress into a new era.