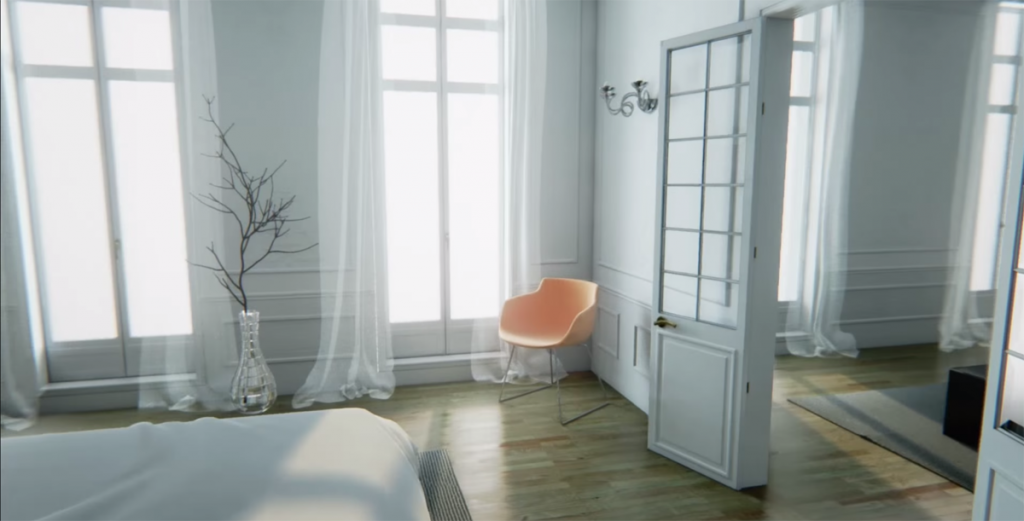 The video above is “Unreal Paris 1.2”, a virtual tour through the capabilities of theUnreal Engine 4. The Unreal Engine, developed by Epic Games, is at the core of some of the best video games ever made.

This example demonstrates just how far computer-generated graphics have come, and gives us a window into what will soon be possible for developers.

By the 2030s, virtual reality will begin to feel 100% real.
Ray Kurzweil, Director of Engineering at Google

The Unreal Engine 4 will be used on titles expected to be released later in 2015. While there are moments in the video that a trained eye would quickly spot as a fake, for the average viewer it is very realistic. So it shouldn’t be difficult to look ahead a few iterations and think that absolutely perfect CGI, that is impossible to detect as fraudulent, could arrive within Ray Kurzweil’s projected timeline.

This means that for many of us, within our expected lifetimes, we will be able to have virtual reality experiences that feel completely real, and these experiences will go far beyond video games.

People will be able to travel to distant locations, all while they physically sit at home. School children will be able to explore foreign countries and natural wonders, all from within their classrooms. Instead of watching a nature documentary on TV, they will walk through a jungle and see everything for themselves.

Imagine experiencing a Hollywood film as if you were a person standing right next to the character, following their story in real time all around you. How about watching a sporting event as if you had front row tickets? This is the next major step in home entertainment.

If you are able to create a world which is so genuine that the brain accepts it as real, then the possibilities for manipulation are endless. This will lead to amazing possibilities for Education, Entertainment, and likely some troubling psychological impacts.