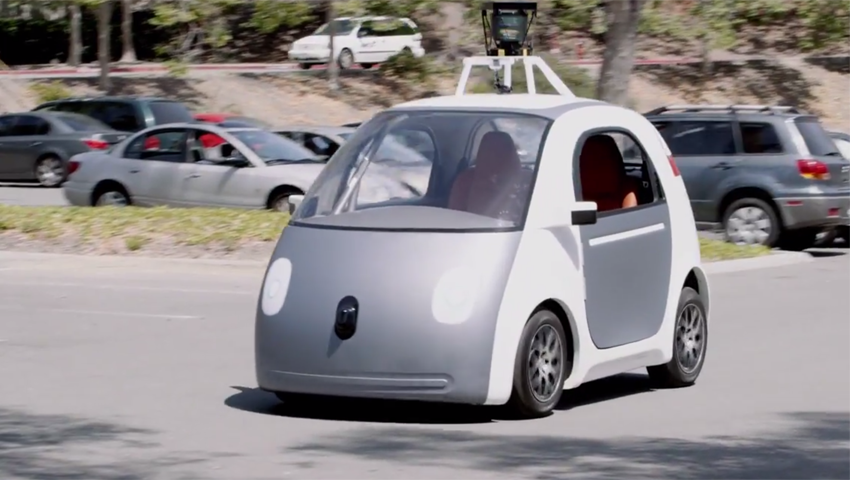 The U.S government has sided with Google in one of the most crucial arguments needed for the self-driving future of cars: An artificial intelligence system can be the legal driver of an automobile.

NHTSA will interpret ‘driver’ in the context of Google’s described motor vehicle design as referring to the (self-driving system), and not to any of the vehicle occupants. We agree with Google its (self-driving car) will not have a ‘driver’ in the traditional sense that vehicles have had drivers during the last more than one hundred years.
Ars Technica

Most self-driving cars being tested currently are autonomous with the caveat that there must be a licenced human being in the car to take over in case of emergency, failure, etc. Google has had a different vision of the future. In Google’s prototype there are no pedals, steering wheel or other traditional controls. There would be no requirement for a human who could take over.

I have long argued that this is an essential distinction for autonomous cars to reach their society-changing potential. There are many people who, for one reason or another, are not capable of driving a car yet need to get from place to place safely and efficiently. Just to outline a few, someone who is:

Beyond the scope of human issues, there is the very real need for cars to be able to get from place-to-place without anyone inside of them. An automated car should be able to pick you up when you need a ride, bring itself in for maintenance, etc. Requiring a licenced driver to be on-board would hold back a revolution. The way we think about cars is about to change drastically and this is a positive step in that direction.