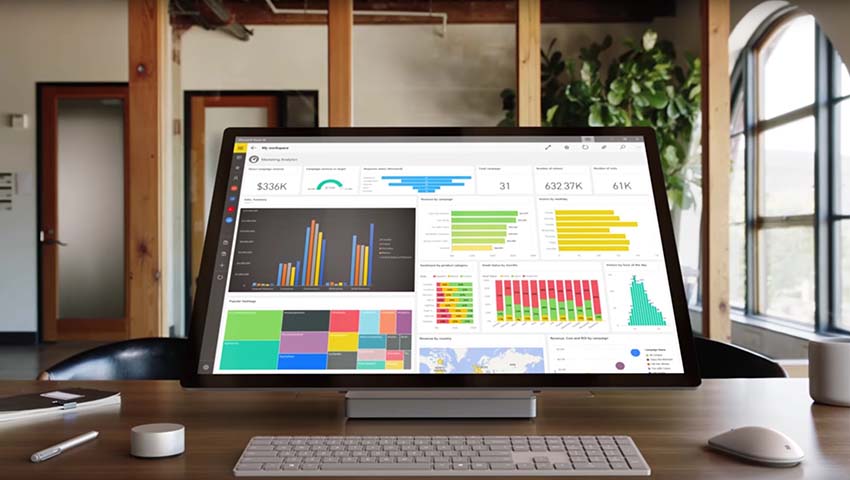 Microsoft’s beautiful announcement video for the Surface Studio has ushered us into a new era of the “personal computer”. Combining the hands-on feel of a tablet with the all-in-one design that Apple’s iMac made famous, the Surface Studio is a whole new type of computer. The new device also comes with a new peripheral category, the dial device seen in the video, along with updated software specifically for creators.

This announcement came just days before Apple’s highly disappointing introduction of new Macbook Pros. It seems like Microsoft is suddenly the courageous innovator, shaping the future of computing, while Apple releases unimaginative updates to their existing products. Apple seems to have lost focus on just what made their devices special to their loyal followers, while Microsoft finally seems to get why usability is so important. We may be at a tipping point where Microsoft is able to convince an entire generation of creatives to chose their offerings over Apple.

A New Era for the PC

Microsoft sees a generational shift where young people today are well-acquainted with creative tools that previous generations were not exposed to until they took part in formal education or professional environments.
Windows Central

Microsoft is betting big on the idea that everyone is a creator, not just professionals in traditionally creative fields. As automation becomes increasingly common, the value on creativity is only going to increase. Microsoft is positioning itself to define what a creator’s workspace and toolkit look like. It appears that Microsoft has also shared this vision with their OEM partners. Today, at the Adobe MAX conference, Dell teased their own upcoming PC for creators. Dell’s vision uses a dual-screen instead of a keyboard. This would perhaps be a natural transition for those already comfortable with a Wacom tablet or other pen & slab interface. Some of the shots include a dial device very similar to what Microsoft debuted for the Surface Studio.

The new Windows software to help artists has a heavy focus on creating for 3D space. Just as Microsoft is looking to define the next era of the PC, they are looking to be the first to transition Virtual Reality from gaming to the workplace. As their demo shows, the potential is there for VR to be a massively disruptive force. That evolution has, so far, been held back by hardware costs and a lack of “killer” apps. Microsoft is looking to change all of that in 2017.

The way people work is going to change dramatically over the next five years. New categories of interactive computing devices will make the cubicle a thing of the past. The workplace is going to need evolve to support new opportunities presented by the next generation of PCs and virtual reality headsets.

Any organization hoping to employ creators will need to be understanding of the needs of their desired talent. The way people work is about to get weird, so embrace it. Businesses will be expected to move beyond conventional thinking about what a workplace should look like and ask themselves how they can get the best out of their teams.

Microsoft expects to roll-out the “Creators Update” for Windows 10 in early 2017.