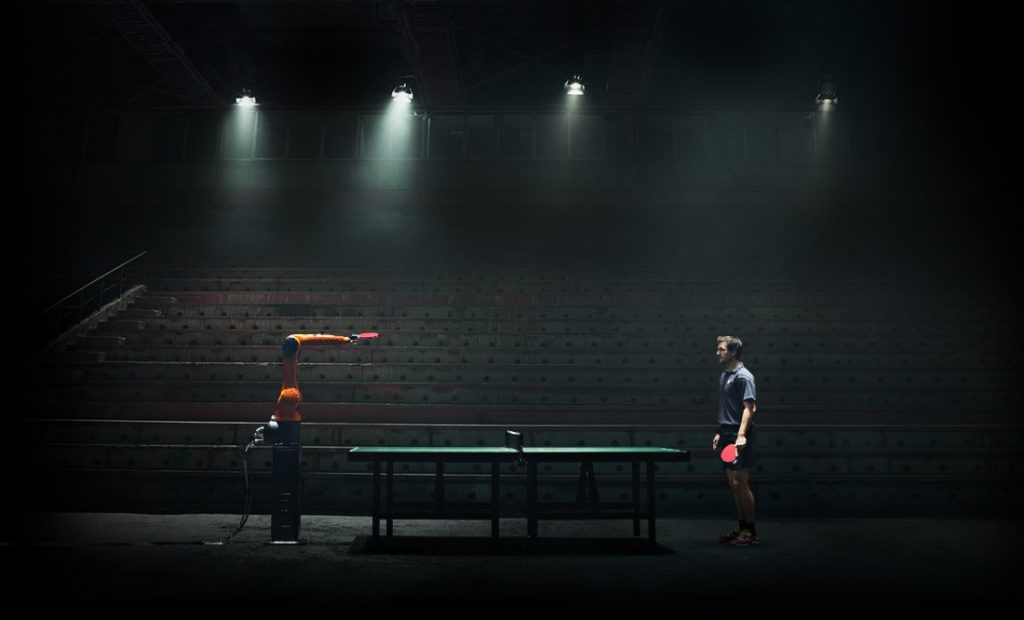 On March 11, 2014, Kuka Robotics will celebrate the opening of their new factory in Shanghai with a competition. Their robot, which they claim is the fastest in the world, will play ping pong against the #1 player in the world, Timo Boll.

The video doesn’t live up to the hype. We were lead to believe it would be a live match, and what we got was a heavily edited commercial. It is nearly impossible to know what the robot can actually do from this video. The reactions seem to range from people believing it is entirely fake, to just being poorly produced. The publicity stunt should get plenty of YouTube hits but I don’t think that will be a true measure of how many people come away impressed with Kuka Robotics.