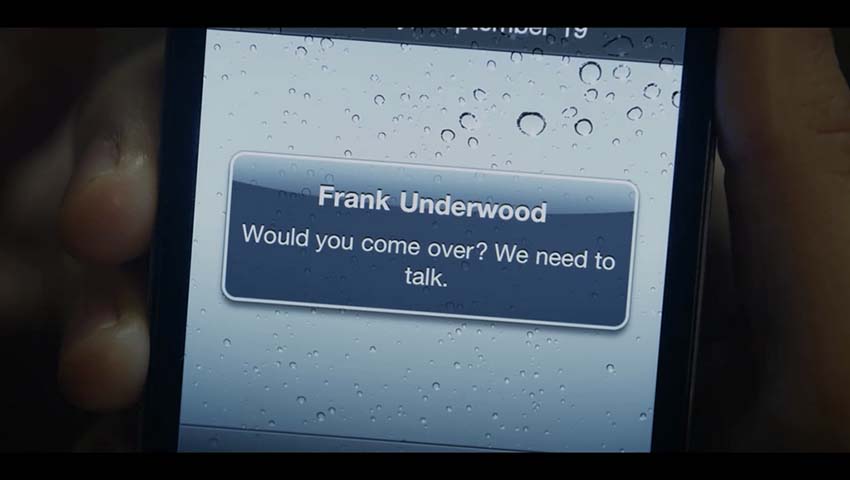 I, like many people, spent a large part of the last 2 days binge viewing Netflix’s House of Cards. It is among the first shows which was designed to be viewed in this way. That experience is fantastic for fans, but it stills needs to be improved.

The introduction is an example of where the show can’t decide whether it is a traditional Sunday evening drama or a show meant to be binge viewed over a streaming session. It is a beautiful intro, please don’t get me wrong, my complaint isn’t about quality, it is about the repetition. Someone who watches through the season in a day is having to sit through the same 2 minute opening 13 times. After 6 or 7 I found myself attempting to fast-forward and get to new content.

This is a common occurrence for Netflix users trying to watch shows that originally aired on traditional TV. (I have yet to find a show with more “previously on” scenes than Dexter.) While it is annoying to put up with for traditional shows, Netflix should find a way to more appropriately manage the intros of their own shows. I think they have a few choices:

Ending an episode with credits is a tradition that just doesn’t make sense these days. When you release an entire season at once, the viewer has the choice of when to move from one episode to the next. People won’t sit through the credits before jumping to the next episode. I have great respect for the people who produce the content, but the old method doesn’t fit into modern viewing habits. Create one master credits roll and put it at the end of the season.

Going forward we are going to see an erosion of television tradition. The format is going to blur to the point where there is no longer a format at all. Shows will come along that don’t have seasons or episodes of consistent length. There is no structure required for streaming. You don’t have to fit the ad-based, TV model so just stop trying. Creative people should have the freedom to make content in whichever way best suits their goals.

Netflix is (for now) the only mainstream distributor who can offer content creators this opportunity. They need to make the most of that position and define for the public what their version of television content will look like. Competition is coming… Amazon is attempting to be more like Netflix every day and it is only a matter of time until HBO and Showtime offer streaming only access that doesn’t require a cable package. Netflix has a limited window to make their impact before someone beats them to it.

This competition is going to be terrific for the industry and viewers alike. There will be true freedom to create content that speaks to niche audiences. The days of trying to draw the public through shows designed to please everyone is over. Netflix is in the driver’s seat for the moment, but they need to continue innovating to move us into the next era of TV entertainment.