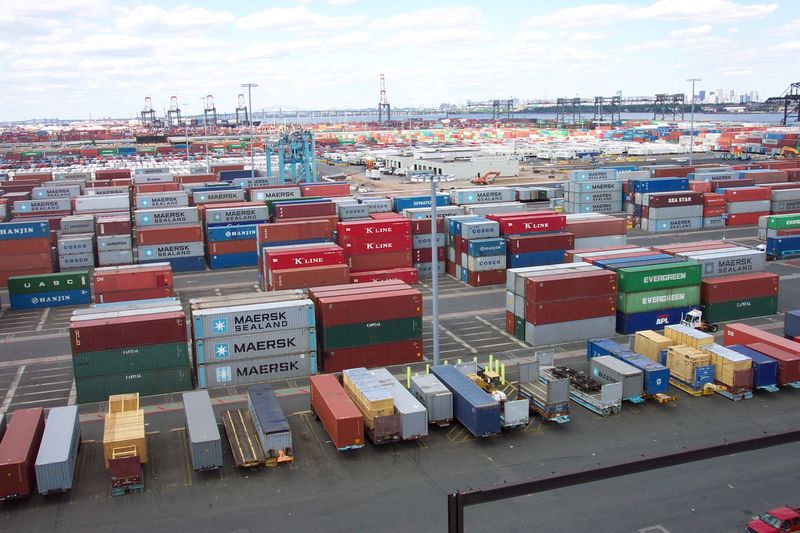 There has been a lot of hype in recent years about self-driving cars and when those might be on the road. What has been largely overlooked is how the freight industry is rapidly moving towards their own automation. Before you own a Google Car, you are more likely to buy goods that made their way around the world via unmanned vehicles.

Rolls Royce is attempting to be the first to automate cargo ships. Their goal is to allow entirely unmanned cargo ships to transport goods around the world, with oversight from humans at a central command center. The free market is driven by competition to be the most efficient and it is hard to argue against removing the human cost to cargo shipping. According to a report on the topic by Bloomberg:

As you might expect, the legal and political hurdles will delay the technology longer than the science.

It cannot and will never replace the eyes, ears and thought processes of professional seafarers.
Dave Heindel, Chairman of the International Transport Workers’ Federation

I understand his obligation to his constituency, however I hope he realizes how absurd this will sound to those looking back on our time 50 years from now. Famously, many people dismissed the telephone as a novelty when it was first announced; a mistake Steve Ballmer repeated over 100 years later when he responded to Apple’s iPhone:

There’s no chance that the iPhone is going to get any significant market share. No chance.
Business Insider

The lesson we learn time after time with technology is that we are capable of making things that are better than our own senses. When it comes to making spatial judgments the computers are better:

The unions can complain and try to hold up the transition, but these are not the jobs of the future.

Truck driving and operation of industrial vehicles of all kinds is in the process of automating as well. Once again, the machine can offer the same (or better) level of performance while having none of the costs and sources of error which are human-specific.

Automated machines must prove themselves safe to use before many of the legal hurdles can be crossed. The phase of the transition we are in is one of trial and error, with an emphasis on keeping the errors away from any public harm.

Safety is why so-called “closed-course” uses, which keep automated trucks away from the public, are happening first. That brings us back to that Australian mine, in a scorched, wretched area called The Pilbara.

It’s where Caterpillar is today running six automated model 793f mining trucks. Stuffed with 2,650 horsepower and more than 25 million lines of software code, they haul away layers of rock and dirt, up and down steep grades. Traditionally, these trucks would require four drivers to operate 24 hours a day.
Wall Street Journal

These changes are happening slowly, but progressing in a clear direction. Driving trucks is not a job of the future.

Freight automation is as likely to occur as every other field with consistent routine and procedure. Jobs of the future will require uniquely human capabilities from those performing them. Anything that a machine can do even close to as well as a person will be automated because the cost savings and efficiency gains are enormous.

There are 5.7 million Americans licensed as professional drivers and I understand why the loss of those jobs seems terrible. The important thing to consider is that this is what progress looks like while you are in that moment. The innovation that will be hailed by the next generation is one that causes immediate struggles for those who are a part of it.

I try to encourage people to think positively about innovation because I fundamentally think that technological progress is what we offer back to society and humanity as whole. I follow the campsite logic of trying to leave the place better than you found it. As each generation comes along, the quality of their existence is better than it was for their parents. Driving trucks is not work that makes the most of what human beings can do. The work humans do will continue to be refined until it represents the best of what we are capable of.