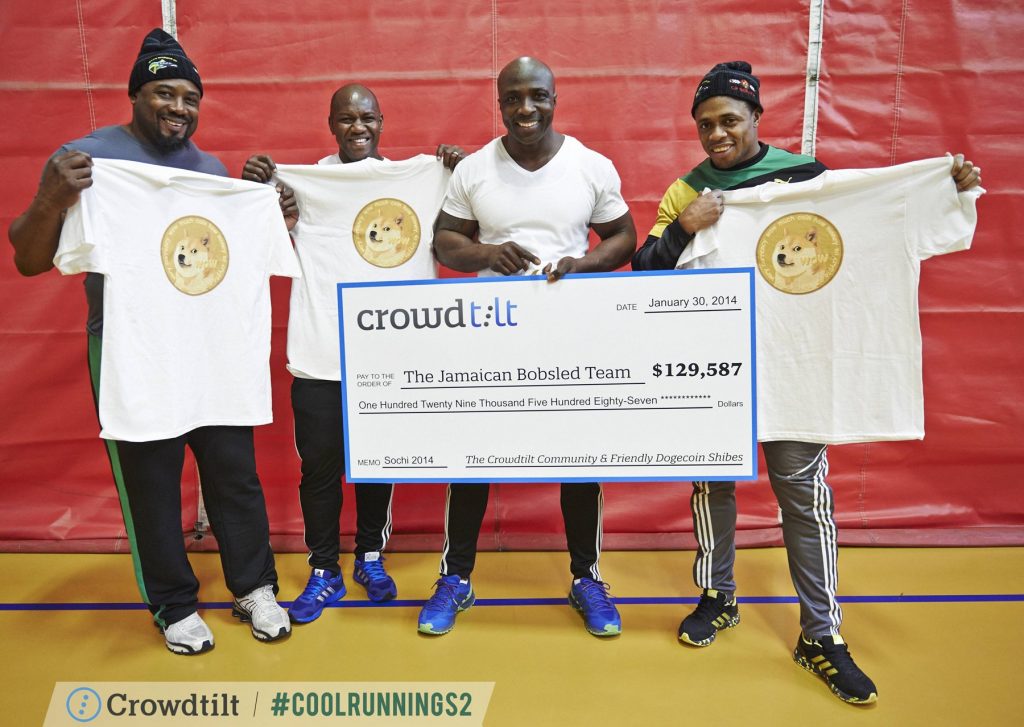 2014 is going to be a big year for CryptoCurrency. Following the rise of Bitcoin in 2013, the public is faced with understanding what these new methods of payment are and how society will be affected by them. The Dogecoin community is taking this seriously and building positive momentum by being charitable. Take a look and it should be clear why the community is winning over so many.

December 8, 2013: According to Wikipedia, the date Dogecoin launched.

Late December 2013: Dogecoin becomes the most heavily traded CryptoCurrency by volume. While still less valuable per unit that Bitcoin, there were more Dogecoin transactions than all other CryptoCurrencies combined.

January 19, 2014: The Dogecoin community on Reddit launched a fundraiser to send the Jamaican Bobsled team to the Winter Olympics in Sochi. The team had qualified, however they did not have the funds to make the trip.

January 20, 2014: The Dogecoin community collected $30,000 for the cause in one day, making the dreams of the Jamaican team come true.

So many people donated, that, in 12 hours, the Dogecoin to Bitcoin exchange rate rose by 50%.
BusinessInsider

January 31, 2013: Redditors raise nearly $7,000 to send Indian athletes to Sochi after a post called attention to a Washington Post article about the issues facing those competitors in their home country.

Many, especially in the business world, remain skeptical of Dogecoin or CryptoCurrency in general, however times are changing. On Reddit, it is becoming commonplace to see users “tip” others with Dogecoin for useful, funny, or insightful comments. Everything Dogecoin supporters touch is becoming more positive and more rewarding.

The charitable spirit is something that the community certainly knew would drive awareness and adoption, but the joy with which so many are giving is unprecedented online. The efforts of these people are bolstered by having the right tools to make things happen. The Dogecoin Tipbot for Reddit has been heavily used and community members are always seeking ways to inject the ability to tip and share Dogecoin through social media and other methods. Soon, I expect there will be official or unofficial ways to give to users of all mainstream services to reward them for good content.

Dogecoin is poised to be the go-to way to make micro-transactions. The community is building tools which will make sharing, donating, and tipping easy to do. Driving adoption will be easy as the tools become available. Bitcoin may have introduced the public to CryptoCurrency, however Dogecoin is likely to be the first one that most people ever use; thanks entirely to people who put community first.