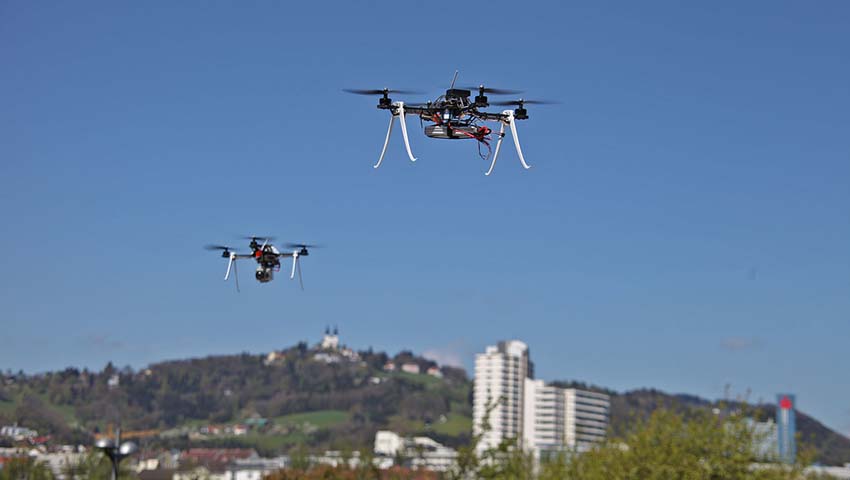 The future of cinematography is powered by camera drones. UK firm HeliPOV serves as a great example for how camera drones are being designed to replace traditional making techniques.

Here are a few ways they are already being used, with some stunning examples.

The HeliPOV crew can fly a drone up to 120m in altitude and have a max range of 500m from the pilot remote controlling the device.

This playlist includes several short examples that would have been complicated, expensive, or impossible to shoot through any traditional technique.

These techniques are already being used at the Sochi Olympics. In this clip from NBC Sports, you can see the shadow of the drone on the snow as it films Sage Kotsenburg’s gold medal run.

It will not be long until drones replace the complicated cable systems which are commonly used to get overhead shots inside of stadiums as well.

Batteries: There is no doubt that a breakthrough in battery technology is needed for many technologies to live up to their possibilities. It is hard to see these camera drones being of much use to, for example, a team broadcasting a football game if they need to replace batteries many times over the course of a game.

With that said, the utility presented by these machines is marvelous. They are able to combine the capabilities of many traditional camera rigs all at once. I expect drones similar to those demonstrated in these videos to be a heavy focus for every type of camera work going forward.

Automation: I also expect a time in the not-so-distant future where the drones are fully automated. The requirement for a human pilot is surely a temporary one. This step forward will require not only the technology to make it work, but the legal regulations in place to allow it. A cooperative team of small camera drones will likely be a part of every broadcast team in 20 years.