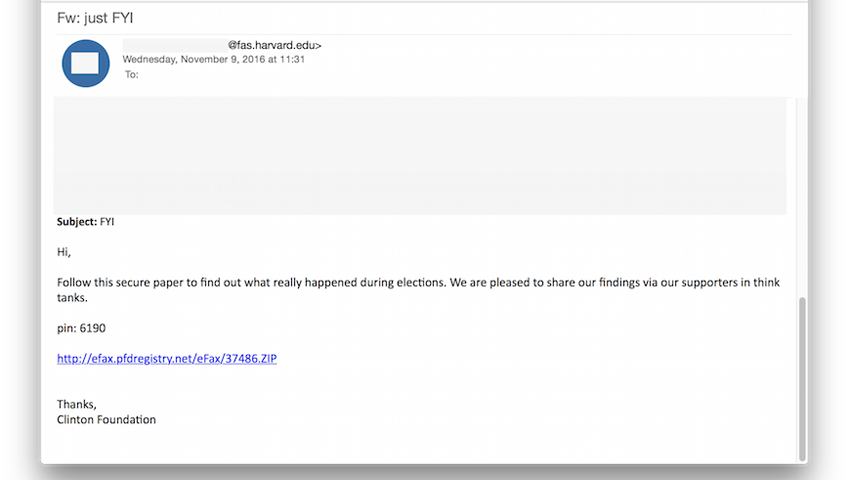 Washington D.C security firm Volexity has reported in a blog post that these organizations received emails containing files which, if opened in Microsoft Office, could deploy malware to give the attackers remote access.

In the example image above, the attackers leveraged an already compromised Harvard.edu email address they were controlling to disperse infected documents to organizations with ties to the Clinton Foundation. The zip file contained in the email was carrying a sophisticated Trojan which would attempt to infect the system of the person who opened it.

What You Should Do

If Office Macros are not part of your workflow, then you will be more secure if you disable that functionality. By disabling macros, you are protecting yourself from some of these self-executing scripts which can compromise your system.

Phishing is becoming increasingly sophisticated in the ways hackers are leveraging social issues and security threats to get people to open the emails. You can read my recent article all about Phishing for more information on how to detect and deal with those attacks.

I also highly suggest running Windows Defender or another dedicated anti-virus program on your computers in addition to Malwarebytes.

It is really important to approach information security from a holistic perspective. You need software to protect your devices, and the knowledge to avoid social engineering traps (like phishing) set by attackers.