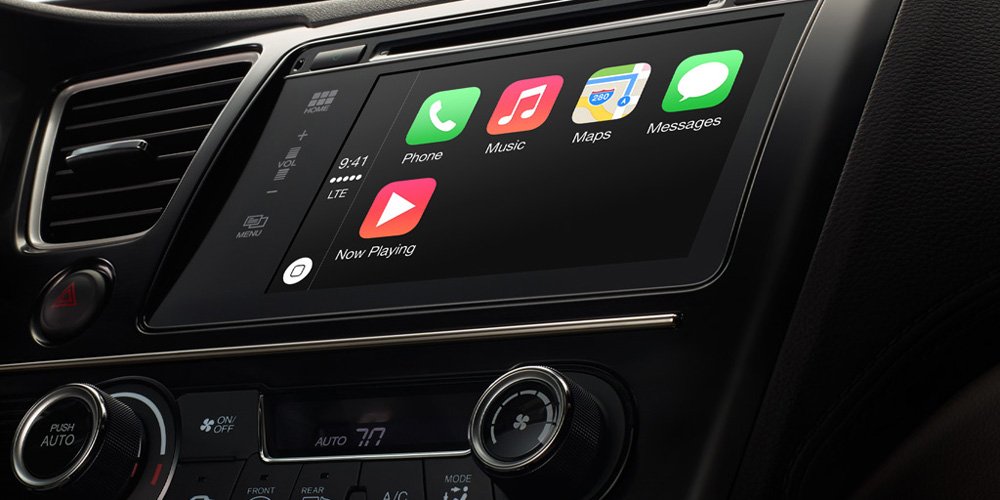 Today, Apple announced CarPlay through a Press Release. It looks like a pretty slick integration of smartphone and car with an impressive list of partners in the auto market. The system brings your Phone, iMessage, Music, and other apps into the dash touchscreen where you can handle them without some of the dangers associated with holding your phone.

CarPlay touchscreens are built to work with Apple, running Apple’s iOS. This is short-term thinking at its worst.

The typical American phone contract is 2 years; while the average car is on the road 10 years or more. How confident are you that you will be using an iPhone for the next 5 phone contracts? As I have written before, Apple’s iPhone accounted for only 15.5% of all smartphone shipments in the world last year. These auto manufacturers are partnering with company that, while popular in the United States, does not have a strong market share worldwide.

My last 4 phones have been: Blackberry, HTC Incredible, iPhone 4s, Samsung Galaxy Note 3 (present). I, like many people, try to make an evaluation of what is my best option when a new contract comes around. I don’t have any allegiance to a particular manufacturer, although over the last few years the openness of the Android platform has lead me to buy a Nexus 7 tablet and an Android phone.

Apple represents the antithesis of Android’s open community. They seek to prevent the opportunity for competition through exclusivity. The auto industry is the next in line for an infusion of technology, so Apple is getting out of the blocks quickly and looking to prevent open platforms from getting a foothold.

We need cars which can pair with any phone from any manufacturer through open standards. It is important that the car not become another pawn in Apple’s quest for domination of your buying habits. It isn’t practical to force consumers into buying a car based on which phone they happen to own today. Phones are short-term while cars are long-term investments.

Technology at its best is a way to bridge divides and make our world more seamless. CarPlay is just another walled garden from a company that does not reflect the open source values of this generation.