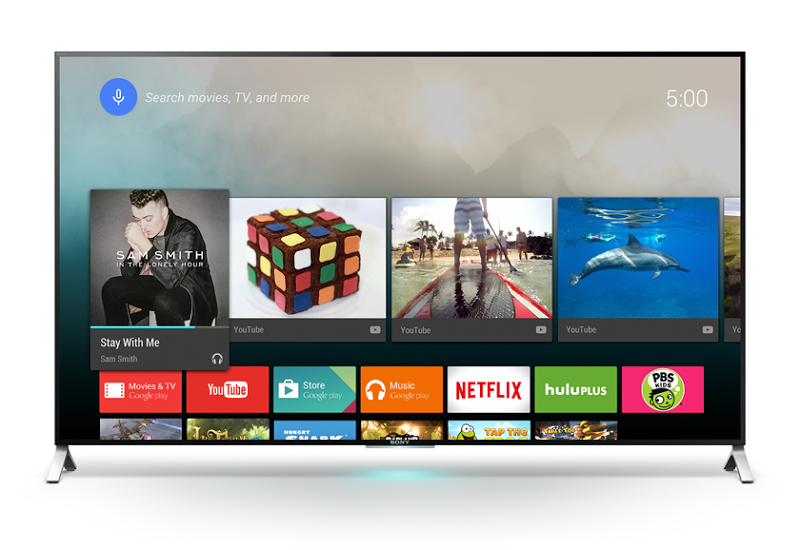 For a long time, I was on the hype train for an Apple TV. Not the small black box you plug into a TV, but a large screen with Apple’s iOS fully integrated inside. Despite many indications it would happen, Apple never released one and we as consumers got used to the idea of using Roku, Chromecast, Apple TV, and game consoles to stream media to our big screen.

At CES 2015 however we are finally seeing the dream become a reality in the form of Android TV. A number of TV makers including Sony, Sharp, and Phillips are releasing their Android TV plans:

This spring, Sony, Sharp and TP Vision, with its range of Philips TVs, will start shipping televisions powered by Android TV. These have all the goodness of Android TV built in so you won’t need to plug anything extra into your television. You can use a single remote to watch live TV channels and play games, movies or shows from Google Play and your apps. These televisions feature voice search, to help you quickly find what you want, and they’re Google Cast Ready so you can cast your favorite entertainment from your phone or tablet to the big screen. Android TV will come to life on screens big and small, including brilliant 4K displays, thanks to the work of our partners.
Official Android Blog

TV’s powered by Android are an important step in the evolution of Smart TVs. The fear with previous Smart TVs was that their operating systems were custom-made by the manufacturer. This presented a lack of compatibility and a fear that they would not be properly updated over the life of the television. Android TV comes with the backing of Google and the most popular operating system in the world. This should give consumers a sustainable, easy-to-use operating system that will last.

With any luck, there will soon be affordable TVs that mirror what your smartphone can do in a really slick interface.